I started working myself though a long list of unfixed warnings today and encountered something I didn't see before: Reference found where even-sized list expected at project/Something.pm:573. The message seems to be clear, but do you find the problem at line 573? 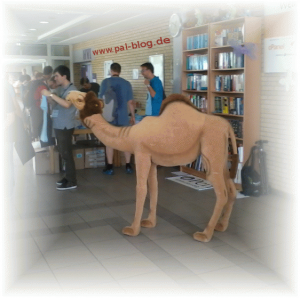 It took me some minutes until I discovered the problem. It's - obviously - not on line 573 as reported and not the statement starting on line 567. The warning is hiding at line 576:

If $question_ids is true, it's contents are used as the keys for the new hash, but if no questions are found, a HashRef is being used as default value.

Remember: References are not allowed as hash keys. They're converted to plain text and no longer usable as a reference:

%X is the sample hash. It's reference is being used both as the key and value for a %Y item. The script's output shows the difference between both:

The key is always plain text HASH(0x14b7720), but the value is still a valid reference.

Back to the original message: Using an empty list instead of a anonymous hashref solves the warning and avoid unexpected results lateron:

With {}, %questions would end up with a single key (the plain text representation of the anonymous hashref) having a undef value - which is usually not what you want.