Everybody is doing it

A co-worker asked recently me asked me: "Isn't Perl dead?" It isn't, many people and companies are using it, but no one talks about it. 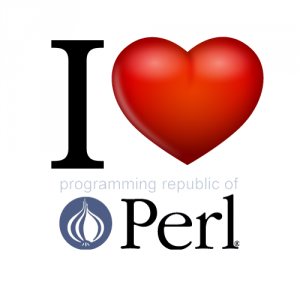 Everybody who wants to be a "Software Developer" nowadays starts by writing <?php echo "Hello world!" ?> and then feels like a development guru. PHP must be good because everybody is using it.

(German) Universities are teaching Java. Noone knows why, but they do and I'm pretty sure they teach more than Hello Worldin Java. Business people like Java because... well, for no obvious reason except it must be good if everybody is learning it.

Over 800.000 people (about 1% of the population) committed crimes in 2011 in Germany - according to Destatis. Violating laws must be good, because everybody is doing it :-)

Gabor Szabo started a list of well-known (and smaller) applications based on Perl. It's far away from being complete, so please tell him what's missing.

If you're using Perl - please tell people about it! Add yourself to the Perl wiki or Gabor's list or put one of the free "Powered by Perl" logos on your page.