I wrote about Perl variable declaration secrets recently, but there's much more. Perl has a very simple way for passing variables to subs which should be called later. 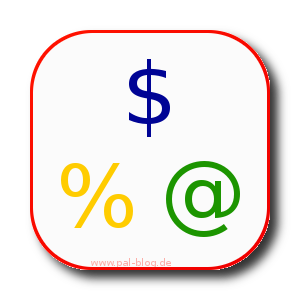 I really build a lot of code when I stumbled into the callback-arguments-problem first. Some module asks for a callback function and you want to pass one or more custom arguments:

But Perl has a really smart solution (and now we're back to the topic). A sub won't see the private variables of it's caller...

...but it does see the private variables defined at it's creation time. This is commonly used for script- or module-variables:

Perl doesn't distingush between block types. A file is a block, a sub is a block and the code-to-be-run part of an if condition is also a block. Every block may access the private variables of it's parent(s) and this is the way to solve the original problem:

The callback is an anonymous sub this time. All subs are basically a memory address, for some of them (the ones we're typically using) also get names, like run_later in the sample. Anonymous subs simply don't have a name (but one might easily add them to the namespace table of a module), but they're still blocks within some parent block and (as the subs using file-private or module-private variables) they see all variables of their parent blocks. The anonymous sub in this sample may use $obj and pass it to the real callback sub.

The sample is a bit wired, because without any additional source, run_later would see $obj directly (both are running in the same parent block). Things change as soon as the $obj->some_function call is done within any other parent block like a for loop.